Marisa Dyson focuses her practice in the areas of Workers Compensation and Personal Injury. Marisa gained extensive experience in Workers’ Compensation law with a defense firm, but her heart led her to sympathize with the injured workers and their families that she saw on the other side of the courtroom. Because of this, she joined Lawrence & Associates to help represent injured workers and their families in Workers’ Compensation and Personal Injury cases throughout Cincinnati and Southwest Ohio.

Marisa also works with Project HOPE, an affiliate of ACA, which is a non-profit organization that works to help victims of Domestic Violence, Sexual Assault and Human trafficking. In her spare time she enjoys spending time with her husband and four children, serving on school boards, volunteering with her children’s extracurricular activities as well as competing in triathlons.

Click here to learn more about Marisa’s story, and what led her to a career in workers compensation law. 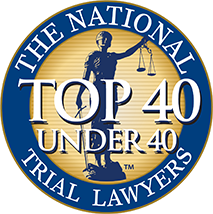