Lawrence & Associates Accident and Injury Lawyers, LLC > Blog > Student Blog Writing Project > Can I Be Liable for my Spouse’s Debt?

Can I Be Liable for my Spouse’s Debt?

The following post is part of our Law Student Blog Writing Project, and is authored by Linda Long, a Juris Doctor student at the NKU Salmon P. Chase College of Law. 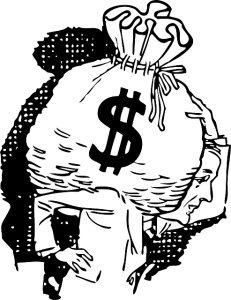 It’s interesting, there is an older statute still on the books that deals with a husband’s liability to a wife specifically. I’ll include it because I think that it is interesting. Under KRS 404.040 “Liability of Husband for Wife’s debts,” the statute provides: “The husband shall not be liable for any debt or responsibility of the wife contracted or incurred before or after marriage, except to the amount or value of the value of the property he received from or by her by the marriage; but he shall be liable for necessaries furnished to her after marriage.”

This statute is interesting because it is an example of just how far the law in Kentucky and the country has come. We have been brought a long way from gendered laws like these to more non-bias ones, but liability for a spouse’s debt is still an issue. The following is an explanation for the age-old question: Am I liable for my spouse’s debt?

The short answer is- it depends. I know, typical law school answer, but it is appropriate here. The biggest question is whether your state follows common law or community property rules.

As a rule, in common law states one spouse is not liable for the other’s debt. At common law, a spouse may be liable for his or her spouse’s debt depending on:

Generally, if you live in a common-law state, liability for credit card debts is triggered if the debt was in your name. Typically, if one spouse has put a line of credit or a credit card in his or her name, then you are on the hook as you would be if you two were not married.

So, to put that in perspective, if the debt was acquired during marriage, both spouses are generally liable for the debt incurred. That makes logical sense because at divorce in a community property state, anything acquired during the marriage is divided equally at divorce. It follows that if the wife incurs debt after marrying the husband, then both spouses are responsible for the debt. Just as if the wife had a book deal that earned her 5 million dollars, and she got that after the marriage, in community property states, the husband has a right to half of the profits from the book deal. Same logic, same rule, same outcome.

The second above listed prong kind of goes hand in hand with the first one. If both spouses are benefitted from the debt, then they both may be liable for repaying it. It is like what counts as gross income in the tax world. Per the tax rules, an increase in wealth is gross income and must be claimed for tax purposes. Simply put, if a person gains he or she is responsible. For example, if a husband takes out a loan for a home the wife can be presumed to have benefitted from the debt that the husband incurred. In community property states, the wife would be responsible for the loan that was in the husband’s name.

Thirdly, if the wife takes out a loan, and the creditor decides to sue both the wife and the husband to collect the debt, then, in community property states, the judgment may be enforced against the husband as well.

Kentucky and Ohio are both equitable division states, and are subject to different rules. In equitable distribution states, it is usually the joint responsibility of both spouses to pay off the debt even if one spouse did not incur it. This is the rule if both spouses are the co-signers on the loan or debt.

How Do Prenuptial and Antenuptial Agreements Affect Spousal Debt?

The following steps should be taken if your spouse is sued or is about to be sued for a debt:

It is advisable to take care to protect your credit after spousal debt is resolved. This takes a lot of work after resolving the issues, but worth it! Swimming in debt is hard, and it can take a skilled swimmer to stay afloat. Most legal professionals are equipped with the skills that can help keep you from drowning.

If you have any other questions about spousal debt, or if you would like a free consultation with an attorney about how a Chapter 7 or Chapter 13 bankruptcy can resolve spousal debt, call us today.  We’re Working Hard for the Working Class, and we want to help you!