Lawrence & Associates Accident and Injury Lawyers, LLC > Blog > Workers' Compensation > Do I Have to Pay Back My Workers’ Compensation Claim If I Win My Lawsuit?

Do I Have to Pay Back My Workers’ Compensation Claim If I Win My Lawsuit? 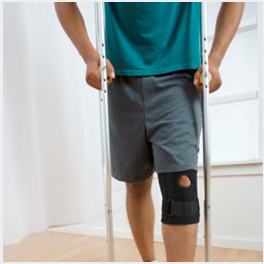 Many people who have been injured on the job have two claims in one:  they are able to file a claim against their employer for workers’ compensation coverage and they are able to sue another company in the court system for their role in causing the personal injury. Common situations where this occurs include employees that are involved in a car accident while on the job, or employees that are injured at work because of a defect in equipment that was manufactured and installed by someone other than their employer. If you are involved in an Ohio Workers’ Compensation claim, please follow this link to learn more about Ohio Workers’ Compensation subrogation. The article below describes how subrogation works in a Kentucky Workers’ Compensation claim. Further, this article has been updated following the 2017 Kentucky legislative session, in which a bill was narrowly defeated that would have altered the way in which subrogation is calculated in a Kentucky Workers’ Compensation claim. If similar efforts are made in future legislative sessions, this information could change.

Although the law in this area is so complicated that it frequently confuses even the most seasoned lawyers, this is basically how a judge would determine how much, if any, of the Workers’ Compensation carrier’s payments get paid back from a lawsuit settlement or judgment.

Again, this is complicated and the above steps are a simplification.  It is even possible to get a carrier to forego its lien before filing a lawsuit, but that is beyond the scope of this post. Injured Northern Kentucky Workers need to understand that a Workers’ Compensation insurance company’s lien is not absolute and can be negotiated down.

At Lawrence & Associates Accident and Injury Lawyers, LLC, we have negotiated thousands of Workers’ Compensation claims and would be proud to help you get the full recovery you deserve.

If you lost a loved one in a work accident, we may be able to help you obtain survivor’s benefits. We know that there is simply no amount of money that can replace your loss, but we will work hard to get you the resources you need to make ends meet and begin moving forward in life.

>> Our Team
>> Our Testimonials
>> Our Frequently Asked Questions (FAQs)