Lawrence & Associates Accident and Injury Lawyers, LLC > Blog > Bankruptcy > Eligible for Chapter 7 Bankruptcy in 2014? You Should Get Started Early Due To New Increased Paperwork Requirements

Eligible for Chapter 7 Bankruptcy in 2014? You Should Get Started Early Due To New Increased Paperwork Requirements 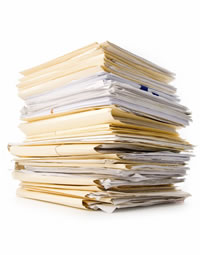 Many people filed for Chapter 7 bankruptcy in October of 2005. It was important to file before the new bankruptcy regulations went into effect later that month. The new bankruptcy regulations were much stricter and would require many Chapter 7 filers to file a Chapter 13 if they waited until November 2005. The rush of Chapter 7 filings in October 2005 helped save many people from ruthless creditors who were trying to take their property or garnish their paychecks.

Chapter 7 Bankruptcy Can Only Be Filed Every 8 Years

Have You Been Waiting to File For Chapter 7 Bankruptcy?

There are many people in Northern Kentucky that filed bankruptcy eight years ago and have found themselves in the same unfortunate situation now that they were in then. Many have gone through divorce or have had unexpected medical problems. Others still struggle with student loans that they were unable to discharge in the first bankruptcy, and these payments have led to more credit problems. Others were caught in the financial crisis and lost their homes to foreclosure. Whatever the reason, there are many people who have been waiting to file a Chapter 7 and that time is now upon them.

The most important thing for a Northern Kentucky bankruptcy filer to realize is that the new bankruptcy laws require a great deal of paperwork. If you intend to file bankruptcy in or near the date you are eligible in 2014, you should get started early. The requirements are very different now than they were eight years ago. A Northern Kentucky person filing for Chapter 7 bankruptcy today has to do many different things that were not required in 2005. If you don’t consult with an attorney now, you will probably not be ready to file in October.

If you or someone you know may need to file bankruptcy, contact a Northern Kentucky Bankruptcy Lawyer today. Lawrence & Associates Accident and Injury Lawyers, LLC can help! We serve all of Northern Kentucky including Boone, Kenton, Campbell, Gallatin and Grant counties!