Lawrence & Associates Accident and Injury Lawyers, LLC > Blog > News > Florida’s Supreme Court Tosses Out a Medical Malpractice Cap That Kentucky’s Legislature Is Now Considering – See Why It Matters to All of Us 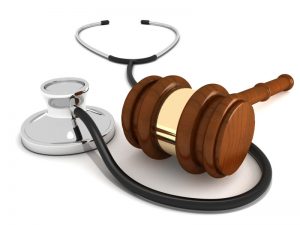 Florida, like many states, passed tort reform laws under the faulty thinking that there was a frivolous lawsuit crisis in the state.  They put a cap on damages that ensured the most injured people would not get full recovery, although people with minor injuries could get a recovery.  This obviously helped the insurance companies, who knew there was a maximum on any given claim.  Looking back, the Florida Supreme Court found that the law was a) unconstitutional, and b) was not based upon a factual foundation.  If you look at the bottom of the article, you’ll see how the Court did research and found that the supposed reasons for passing tort reform were not real.  For example, the claim was that doctors were leaving the state, but looking back at 2003 (when tort reform was passed), the history books show the number of physicians increased rather than decreased.

Why It Matters to All of Us

Kentucky is considering the exact same law that Florida passed this year.  If it passes, anyone with a personal injury claim and a serious injury – death, paralysis, amputation, etc. – will no longer be able to file a claim and receive a full recovery.  Instead, they have to look to state aid (like social security disability) to fill the gaps.  That means the law potentially affects all of us.