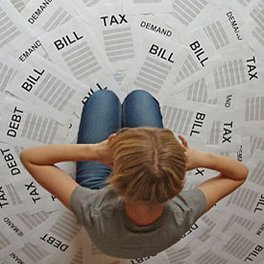 Our Northern Kentucky office regularly helps local families file bankruptcy a second or even third time. More than one bankruptcy filing is not only possible, it can be expected in certain circumstances. For example, if a client has significant tax debts and credit card debts and knows high payments in a Chapter 13 bankruptcy are likely, it might make sense to file a Chapter 7 to get rid of the credit card debts first, and then file a Chapter 13 to pay off the tax debts.

Filing a Chapter 7 as a Second Bankruptcy

Some rules for you to take away: If it has been more than eight years since you filed your bankruptcy, you are ok no matter what you file now. If it has been less than eight years, you need to determine both whether a bankruptcy is possible and whether a discharge is possible. The six year test has exceptions that rely upon the judgment of the court in each individual case, and it is in your best interests to get an experienced bankruptcy attorney, like those at Lawrence & Associates, who will be familiar with the way local courts lean on this subject.

Filing a Chapter 13 as a Second Bankruptcy

A Chapter 13 can still have value even if a discharge is not available, so it is a good idea to talk to an experienced bankruptcy attorney to determine if a Chapter 13 will help no matter how long it has been since your last bankruptcy. Further, the automatic stay is critical for Northern Kentucky and Greater Cincinnati residents to preserve their assets in bankruptcy, so be sure to consult with a lawyer before filing.

Every Case Is Different, So Don’t Go It Alone!

These are general rules, and every case is different. There may be something about your case that is unique and requires a variation from the norm. Don’t file bankruptcy without legal help. Lawrence & Associates takes pride in representing Northern Kentucky and Greater Cincinnati residents just like you. We are Working Hard for the Working Class, and we can help. Call today!