Lawrence & Associates Accident and Injury Lawyers, LLC > Blog > Personal Injury > How Do I Know If I Have A Successful Slip and Fall Injury Lawsuit?

How Do I Know If I Have A Successful Slip and Fall Injury Lawsuit?

The following post is part of our Law Student Blog Writing Project, and is authored by Jessie Smith, a law student from the University of Kentucky. 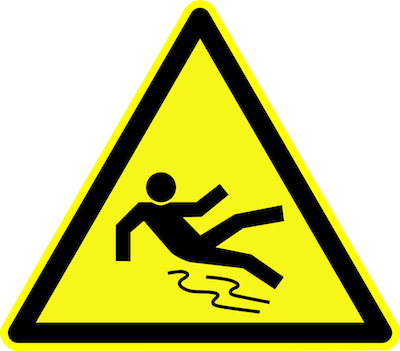 Unfortunately, many people have suffered or will suffer from injuries sustained during a slip and fall incident, and are faced with the question of whether they have a successful suit to seek redress for their injuries. For many potential plaintiffs, finding the answer to this question involves legal principles that many may feel are too complicated, time consuming, or convoluted to pursue. The goal of this blog post is to clear the murky legal waters that many plaintiffs wish to avoid, and shine light on whether he or she may have a successful slip and fall lawsuit. In order to do so, Martin v. Mekanhart Corp., an opinion rendered by the Kentucky Supreme Court, will be analyzed and discussed.

What are the Facts Surrounding the Plaintiff’s Slip and Fall in Martin v. Mekanhart Corp.?

What was the Procedural History and Outcome of the Plaintiff’s Case in Martin v. Mekanhart Corp.?

The plaintiff brought suit against the restaurant’s parent corporation, Mekanhart Corporation, and, after a jury trial, a verdict was entered in the plaintiff’s favor, totaling just over $79,000 in damages. On appeal, however, the Kentucky Court of Appeals vacated the judgment, holding that, under Cumberland College v. Gaines, the plaintiff had the burden of proving “not only that he or she was injured by an encounter with a foreign substance or other dangerous condition on the business premises,” but also that the defendant had caused the substance in question to be there or that the substance had been there for such a length of time prior to the occurrence of the accident that the defendant should have discovered and removed the substance, or, alternatively, should have given adequate warning of the substance’s presence.

The principal distinction between Cumberland College’s standard of imposing liability and that found in Lanier is that the former requires the plaintiff to prove that the defendant had caused the existence of the “foreign substance” or “dangerous condition,” whereas the latter requires no such proof. Under Lanier, so long as the plaintiff shows that a “foreign substance or other dangerous condition” existed, that the existence of such substance was a “substantial factor” leading to the accident and accompanying injuries, and that the existence of the substance rendered the business premises to not be “reasonably safe,” the burden of proving the absence of negligence (i.e., the exercise of reasonable care) shifts to the defendant. If the defendant fails to meet this burden, liability will be imposed, regardless of whether the defendant caused the presence of the substance.

The Kentucky Supreme Court held that the plaintiff in the Mekanhart case had satisfied the Lanier test (in other words, the plaintiff had provided evidence sufficient to satisfy its burden, shifting the burden of proving the absence of negligence to the defendant). In fact, under the circumstances of this case, the Kentucky Supreme Court held that the plaintiff’s proffered evidence was enough to avoid a directed verdict even under the now-overruled Cumberland College standard. The court reasoned that since two witnesses inside the restaurant were able to observe the incident, a reasonable jury could have concluded that “[defendant’s] employees should [also] have observed and remedied the oil spot before the accident.” Therefore, the Kentucky Court of Appeal’s decision to vacate the judgment of the trial court was erroneous.

What’s the Big Picture? How Do I Know Whether I Have A Successful Slip and Fall Injury Lawsuit?

In sum, the answer to the question of whether one has a successful slip and fall injury lawsuit is completely reliant upon the test provided by the Lanier case. Under Lanier, it is no longer necessary to prove that the defendant caused the existence of a “foreign substance or other dangerous condition.” Instead, all an injured person needs to prove is that:

If each of these elements are proven, the burden of proving the absence of negligence falls to the defendant. As such, if each of the aforementioned elements can be shown, one has a high chance of success in a personal injury slip and fall lawsuit.

Do you think you may have a personal injury claim for a slip and fall on business premises? Call us and schedule a free consultation with one of our attorneys. We are Working Hard for the Working Class, and we want to help you!