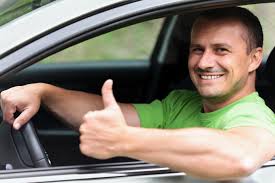 Generally, an old debt costs someone their driver’s license in one of two ways.

A debt from a judgment related to the personal injury of another person are completely dischargeable so long as the accident was not a result of drunk driving. Such a debt is considered “unsecured”, meaning that it is not attached to any personal property of the debtor unless the insurance company takes special measures (such as filing a judgment lien with the County Clerk). When a Northern Kentucky driver files a Chapter 7, all unsecured debts are discharged, and the driver owes no further obligation to the insurance company (in our example above, State Farm). Since the insurance company has no further right to collect on the debt, it cannot cause the driver’s license to be suspended any longer. In fact, if the insurance company would try to keep a hold on the driver’s license, it would be liable for damages as a violation of the automatic stay or the bankruptcy court’s discharge injunction.

File Now to Get Your Licence Back As Soon As Possible

Typically, a Chapter 7 bankruptcy takes about six months to complete when filed in the Northern Kentucky bankruptcy system. The insurance company releases the hold on that license during that time, usually within two to three months. Northern Kentucky drivers should not despair – with one simple phone call, you can get your driver’s license back and get rid of the debt that is holding you down!

If you or someone you know has lost their drivers license because they were uninsured at the time of their auto accident but not drunk, please contact Lawrence & Associates.