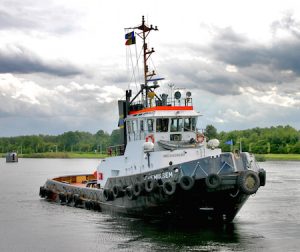 Kentucky has a greater length of navigable waterways and streams than any other contiguous state, but many Kentucky attorneys know precious little about admiralty law. At Lawrence & Associates Accident and Injury Lawyers, LLC, we represent injured workers every day both in state based Worker’s Compensation and through the federal maritime courts. At our Fort Mitchell, Kentucky office, we fight for injured workers’ rights!

Compensation Via The Jones Act

The Jones Act (Admiralty Law) and Kentucky worker’s compensation systems offer very different remedies. Both the Jones Act and unseaworthiness claims under general maritime law allow for damages that are very similar to damages for other tort cases based in negligence. The plaintiff can present and recover for past and future medical expenses, past lost wages and future loss of earning capacity, and past and future pain and suffering.

Worker’s Compensation claimants get Permanent Partial Disability. Permanent partial disability simply takes an impairment rating created by the American Medical Association, multiplies it by the employee’s average weekly wage and some arbitrary, statutorily derived factors, and then presents a weekly amount to be paid to the employee over the course of 425 weeks. This weekly sum replaces all lost earnings and pain and suffering damages that could be received in a trial.

If You Are Truly Injured, a Trial in Maritime Court Could Provide the Most Compensation

If you or someone you know has been injured on the job on the water, contact Lawrence & Associates Accident and Injury Lawyers, LLC today! We can help you get the benefits that you deserve!