Just the Facts (and the Conclusion) of Kentucky Retirement Systems v. Jamie Harris

The following post is part of our Law Student Blog Writing Project, and is authored by Linda Long, a Juris Doctor student at the NKU Salmon P. Chase College of Law.

Just the Facts (and the Conclusion) of Kentucky Retirement Systems v. Jamie Harris 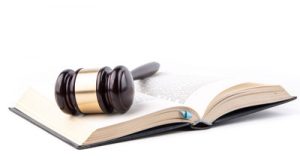 Kentucky Retirement Systems v. Jamie Harris, is a case that is simply about a woman who tried to obtain disability benefits and was denied at every turn. This is a story about physical disabilities versus mental disabilities, and how they are treated differently sometimes. It is important to remember that Ms. Harris is a real person and her problems are very real for her and this is her battle with the legal system and her story of trying to convince the powers that be of her physical and mental disabilities.

Question to be answered

This case brings this issue to light: “Whether the Franklin Circuit Court erred in reversing the final order (that Ms. Harris was in fact disabled) of the Board of Trustees of the Kentucky Retirement Systems denying Appellee Jamie Harris’s application for disability retirement benefits.” To put it simply: was the court wrong when it denied Ms. Harris’s application for disability payments?

The facts here are on a timeline that follows Ms. Harris’s application and her attempts to convince decision makers at each level that her claims were valid. Here is a summary in bullet point form:

So, Ms. Harris had a fight on her hands. She was up against the Circuit Court and she had to convince it that she was no longer able to work. Ms. Harris testified that she had neither sought treatment for, nor experienced active symptoms of, the depression she had at the time of the Circuit Court hearing. This cut against her argument. Also, there are no medical records prior to 1994 that indicated she was affected by or afflicted with depression. She faced an uphill battle. Without the objective medical facts proving her suffering, she continued to not be able to convince the Circuit Court of her disability. Ms. Harris then went to the next level and had her case heard in the Kentucky Supreme Court.

Overall, the Supreme Court of Kentucky ruled that the Board of Trustees is the ultimate body that decides if a person is disabled. It gets to interpret if Dr. King’s letter provides legitimate objective medical evidence. The Supreme Court ruled that the Circuit Court over stepped its authority. It reversed the decision of the Circuit Court and reinstated Ms. Harris’s disability.