Long before I was an attorney practicing in the area of Worker’s Compensation and long before I started representing injured workers, not one but two immediate family members of mine got hurt on the job. One family member smashed her arm in between two extremely heavy skids while at her place of employment, the other developed serious back conditions due to stocking heavy inventory at the major grocery chain she worked at for over 20 years. While the two injuries sustained were quite different and the circumstances leading to the injuries were unalike, the response of the two employers for which these dedicated employees worked was much the same. Both employees were strongly encouraged not to report their injury, and were made to feel as if they were being unfaithful to their company if they filed a Workers Compensation claim. 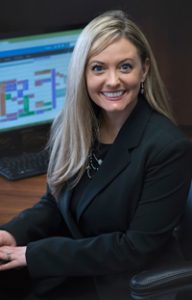 Now, many years later, the more I practice Worker’s Compensation in Ohio, the more I have come to realize that this experience is quite typical. More times than I can count an injured worker will say something along the lines of “I didn’t think I was hurt all that bad” or “My boss told me to just try and shake it off”, then several months down the road the injured worker has come to realize that he or she was in fact hurt badly, and the injury is in fact something that simply cannot be shaken off. Sometimes months after an injury the injured worker will come to understand the injury will require medical treatment to remedy and that their employer is the one who should be covering such care. Much to the injured worker’s surprise, the very boss that encouraged him or her to be loyal to the company by avoiding a Worker’s Compensation claim, will become unsupportive and fail to help the injured worker get the care they are entitled to under the Ohio Workers Compensation system. Sadly, the injured worker who tried to “tough it out” or “shake it off” will be accused of lacking credibility when they fight to have their claim allowed because they did not file a claim or start treatment right away.

It is for these reasons it is in the best interest of Ohio injured workers to get an attorney and file a claim as soon as possible after sustaining a work place injury. While it is true that the Ohio Revised Code section for work place injuries, the sooner an injured worker files a claim and seeks legal help the better off they will be. This is true not only because a delay in treatment will inevitably cast doubt on the credibility of the claim, but also because hiring a trained professional to advocate for the injured worker’s rights will help protect that worker from making common mistakes and will enable them to avoid pitfalls that could later cost them both medical treatment and monetary compensation.

If you have been hurt on the job in Ohio do yourself a favor: don’t tough it out, shake it off or ignore your pain. Rather, find an attorney you can trust to demand you receive the medical care and financial support you are entitled to.