Lawrence & Associates Accident and Injury Lawyers, LLC > Blog > Bankruptcy > The Law Is on Your Side! Legal Recourse for Creditor Harassment After Filing for Bankruptcy in Kentucky

The Law Is on Your Side! Legal Recourse for Creditor Harassment After Filing for Bankruptcy in Kentucky

The following post is part of our Law Student Blog Writing Project, and is authored by Thomas Rovito, who is pursuing his Juris Doctorate at the Ohio State University. 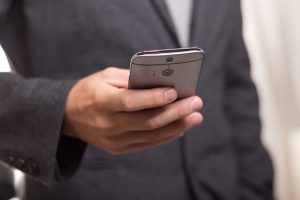 First, creditors may never illegally harass debtors. The Fair Debt Collection Practices Act (FDCPA), enforced by the Federal Trade Commission (FTC), the Consumer Financial Protection Bureau (CFPB) and the debtor’s State Attorney General’s Office, provides baseline protections for all debtors from illegal creditor harassment. The FDCPA defines illegal creditor harassment as “any conduct the natural consequence of which is to harass, oppress, or abuse any person in connection with the collection of a debt,” such as threats of violence, obscene language, publishing a list of debtors, advertising the sale of a debt to coerce payment, engaging in repeated telephone conversations with the intent to annoy, abuse, or harass, and placing telephone calls without revealing the creditor’s identity under 15 U.S.C. § 1692d. In addition, creditors are prohibited from using “any false, deceptive, or misleading representation or means in connection with the collection of any debt” under 15 U.S.C. § 1692e, and from using “unfair or unconscionable means to collect or attempt to collect any debt” under 15 U.S.C. § 1692f. Therefore, the FDCPA provides a baseline of protections for debtors.

Second, once a debtor files for bankruptcy, the debtor is entitled to expanded protections from creditors through an automatic stay. An automatic stay is “[a]n injunction that automatically stops lawsuits, foreclosures, garnishments, and all collection activity against the debtor the moment a bankruptcy petition is filed.” See 11 U.S.C. § 362. This section specifically includes “any act to collect, assess, or recover a claim against the debtor” in 11 U.S.C. § 362(a)(6). Thus, the automatic stay provides a raised level of protection after a debtor files for bankruptcy.

Third, a creditor may face legal recourse if the creditor does not obey an automatic stay after receiving notice upon the filing of bankruptcy. If a creditor willfully violates a provision of a stay, then the creditor may be liable for actual damages, costs, attorney’s fees, and “in appropriate circumstances,” even large-sum punitive damages through 11 U.S.C. § 362(k)(1). In addition, the bankruptcy court is empowered to impose contempt sanctions against the creditor under 11 U.S.C. § 105(a). In the Covington division of the Eastern District of Kentucky Bankruptcy court system, creditors have been sanctioned (i.e. fined) steeply for violating the automatic stay. Ultimately, bankruptcy law provides potent legal recourses to deter creditors from violating an automatic stay.

[A] failure to provide requested tax documents; failure to complete a course on personal financial management; transfer or concealment of property with intent to hinder, delay, or defraud creditors; destruction or concealment of books or records; perjury and other fraudulent acts; failure to account for the loss of assets; violation of a court order or an earlier discharge in an earlier case commenced within certain time frames . . . before the date the petition was filed.

If the adversary proceeding results in trial, the objecting party has the burden of proof. Thus, a creditor may challenge the discharge of a debt through an adversary action spun-off from the bankruptcy process.

Fifth, a discharging junction triggers differently for Chapter 7 (Liquidation) Bankruptcy or Chapter 13 (Adjustment of Debts of an Individual with Regular Income) Bankruptcy. In a Chapter 7 Bankruptcy case, “the court usually grants the discharge promptly on expiration of the time fixed for filing a complaint objecting to discharge and the time fixed for filing a motion to dismiss the case for substantial abuse (60 days following the first date set for the 341 meeting).” This often happens in about 120 days after the debtor files the initial petition for bankruptcy. On the other hand, a Chapter 13 Bankruptcy discharge occurs “as soon as practicable after the debtor completes all payments under the plan,” which may take three to five years. But what if a creditor pesters a debtor in a collection effort for a discharged debt? The debtor may “file a motion with the court, reporting the action and asking that the case be reopened to address the matter,” which courts “often” grant, because the discharge “constitutes a permanent statutory injunction prohibiting creditors from taking any action, including the filing of a lawsuit, designed to collect a discharged debt.” If the creditor violated this injunction, it may be subject to civil contempt resulting in a fine. Ultimately, the legal system provides recourse from creditor harassment after the close of bankruptcy proceedings.