Lawrence & Associates Accident and Injury Lawyers, LLC > Blog > Personal Injury > What Kind of Damages Can You Get for a Dog Bite in Ohio?

What Kind of Damages Can You Get for a Dog Bite in Ohio? 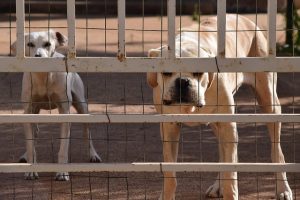 According to the case Beckett v. Warren, Ohio residents may simultaneously pursue statutory and common law damages for injuries sustained as a result of a dog bite. Ohio’s dog bite statute does not permit punitive damages, monetary compensation award beyond medical expenses; however, dog bite victims may seek punitive damages under the common law if the victim can demonstrate the dog owner knew the dog was vicious.

Facts of the Case

Common law is judge made law, which means it is created in a courtroom by a judicial decision rather than by a legislature passing a bill. At the common law, to recover for a dog bite an injured party has to prove that (1) the defendant owned or harbored the dog; (2) the dog was vicious; (3) the defendant knew of the dog’s viciousness; and (4) the dog was kept in a negligent manner after the keeper knew of its viciousness.

The requirement that the dog owner had to know the dog is vicious in order for the injured party to recover created the “one free bite” problem. Unless the injured party could prove a previous person had been bitten he/she could not recover. Therefore, a dog owner could escape liability for one bite before he/she could be held liable for injuries sustained as a result of their dog’s bite.

Ohio codified – meaning they created a statute – the common law dog bite rule, but took out the knowledge requirement. Therefore, Ohio’s dog bite statute, R.C. 955.28, is strict liability. The injured party only needs to prove that (1) ownership or keepership [or harborship] of the dog; (2) whether the dog’s actions were the proximate cause of the injury; and (3) the monetary amount of the damages. Because the injured party does not need to prove the dog owner knew his/her dog was vicious, no punitive damages are available.

In further support, the Ohio Supreme Court’s decision referenced the text of R.C. 955.28, which did not indicate an injured party could only bring a suit under either the common law or statutory law.

The Ohio Supreme Court worried if injured parties were forced to pick between the two causes of action some injured parties would not receive compensation for their sustained injuries because he/she would file the case under the common law and lose.

The Ohio Supreme Court disagreed with Justice O’Donnell that juries would be confused by the court’s holding because a judge could instruct the jury to award additional punitive damages if the jury found the dog owner knew his/her dog was vicious. Both common law and the statutory law allowed for the injured party to receive medical expenses, therefore, a party would not recover twice because the judge would either award damages based on the statutory or common law depending on if the jury determined the defendant had the requisite knowledge.

Under Justice O’Donnell’s theory, if an injured party brought a common law suit and lost the injured party would receive nothing and be barred from bringing a statutory claim for the same injury. However, this negative consequence was within the injured parties choice and necessary for courts to supply juries with simple instructions.

Justice O’Donnell argued that choosing between the two actions was necessary because juries would be confused if forced to apply two different rules to the same set of facts. He argued that jurors now have to ignore facts presented during trial that relate to the parties knowledge while applying statutory law, but then the jurors have to apply facts indicating the defendant knew the dog was vicious to the common law.

He argued the Warner decision removed this confusion and allowed juries to apply whichever law the injured party filed his/her action under.

If you or someone you love has been injured by a vicious dog, you have rights. Call Lawrence & Associates Accident and Injury Lawyers, LLC today for a free consultation to find out how you can recover. We are Working Hard for the Working Class, and we want to help you!