Why Isn’t My Workers’ Compensation Check in the Mail?

The surprise disappearance of a Workers’ Compensation check, or TTD check, is one of the most common reasons injured workers look for a lawyer. The TTD check is supposed to be about 2/3 of the injured workers’ average weekly wage (AWW), and is generally the lifeline saving injured workers from bankruptcy while they are in recovery. When the TTD check doesn’t arrive on time, it can throw even the most carefully managed finances into a tailspin. If your TTD check isn’t coming like it should, contact the insurance company first. If the Workers’ Compensation carrier doesn’t offer a good explanation, you may need a lawyer to set things right. 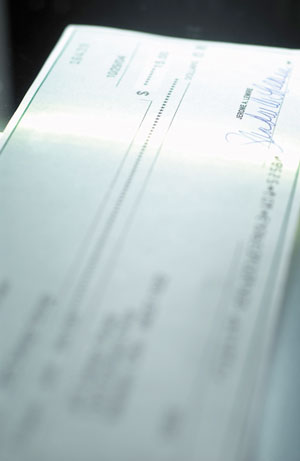 If your employer’s Workers’ Compensation carrier terminates your TTD benefits, they are supposed to send a letter to the Department of Workers’ Claims (DWC). The DWC then sends you, the injured worker, a letter explaining that benefits have been terminated. This is a clear sign that you need to get an attorney. However, some shady carriers don’t send a letter to the DWC as required by law. So even if you don’t receive a termination notice from the DWC, you should still contact an attorney if the carrier is not sending a regular TTD check.

Did the Workers’ Compensation Carrier Recently Ask You to See a New Doctor?

One of the Workers’ Compensation Carrier’s favorite tricks is to hire an “independent” medical examiner. These doctors are anything but independent. Often they aren’t practicing doctors at all, but rather medically licensed shills for the insurance industry. These doctors are generally hired when the insurance company decides an injured worker’s treatment has gone on too long, and wants to cut it off. The “independent” medical examiner generally finds that a worker is at Maximum Medical Improvement (MMI) and that further treatment is unnecessary, although the examiner will usually stop short of criticizing the treatment that another doctor has already performed.

MMI has two effects: it cuts off the injured worker’s further treatment, and cuts off TTD. For this reason, although the injured worker may not have been warned, the TTD check immediately stops upon the date of the examination. Since the workers’ compensation checks are usually only issued every two weeks, the injured worker doesn’t find out his or her TTD check has been cut off until weeks after the fact. A good Workers’ Compensation lawyer can often defeat this tactic by hiring a competing expert or simply using the treating doctor’s testimony against the insurance company’s examiner.

Did the Workers’ Compensation Carrier Contact You to Take a Statement?

Another common trick is using an injured worker’s own words against him or her. The person who calls you from the Workers’ Compensation company is an adjuster. Speaking to adjusters should follow a familiar rule: what you say can and will be used against you in a court of law. Some adjusters will ask misleading or confusing questions, or purposely take answers out of context, to justify cutting off benefits by claiming that an injury did not happen at work or that the injury was caused by the employee’s willful conduct.

Again, a good Workers’ Compensation attorney can beat this tactic by taking the matter to an Administrative Law Judge (ALJ) and revealing the adjuster’s tricks for what they are. ALJ’s are appointed officials with a great deal of Workers’ Compensation experience, and given the right evidence will often recognize a legitimate injury amid the confusion created by unscrupulous adjuster behavior. However, submitting evidence to an ALJ must be done according to the Workers’ Compensation Code and Rules of Civil Procedure, so it is best to hire an attorney before doing so.

Get a Lawyer and Protect Your Rights

Lawrence & Associates has represented thousands of injured Northern Kentucky and Greater Cincinnati residents. We are Working Hard for the Working Class, and we want to represent you. If you are missing TTD checks and don’t know what to do, please give us a call and see how we can help!