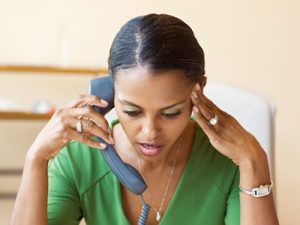 After an auto accident some people aren’t sure whether they should hire an attorney at all.  It’s also tough to decide which Northern Kentucky attorney to hire to represent you in your dealing with insurance companies. No matter what, it is always a good idea to hire an attorney – a good attorney – to represent you in an automobile accident and/or liability claim. Look no further than the insurance industry itself for proof of this fact.

Internal Insurance Company Statistics Show You Should Hire an Attorney

Insurance companies’ internal statistics reveal that claims asserted by attorneys settle for an average of fifty percent higher than claims asserted by claimants without an attorney.[1] On average, you leave fifty percent of the money you deserve, by law, on the table when you decide not to hire an attorney. It doesn’t take long to realize this is a bad deal for you. Remember that insurance company adjusters are trained to pay out as little as possible in any auto accident claim. Further, under Kentucky law the other driver’s insurance company doesn’t have a duty to pay you a fair settlement. Whether these adjusters have an ethical duty to treat injured people fairly is never considered by the insurance company. Insurance companies have a legal duty to investigate the claim, but rarely is a claim’s investigation fairly handled. Rather, insurance company’s use this opportunity to ignore or minimize facts helpful to the injured Northern Kentucky resident and to emphasize other facts that often have no relationship to whether or not an injury occurred.

For example, insurance companies will insist that the following facts are important…

Don’t Get Caught Between Sophisticated Automobile and Health Insurance Companies

A good Northern Kentucky auto accident attorney can help you minimize the effect of liens from health insurance companies and medical providers after your verdict or settlement. Some laws, such as the Medicare Secondary Payer Act, are very complex and almost impossible to wade through even for some attorneys. If you don’t have attorney, the people that are supposed to be on your side – your own insurance company or your medical providers – will often take more of your settlement or verdict than the law requires you to pay. In short, the injured Northern Kentucky resident is often caught between multiple insurance companies, both auto insurance and health insurance, and medical providers who are sophisticated and want to be paid with money that should compensate the injured person for his or her injuries. The unrepresented injured person is often taken advantage of. A full-time Fort Mitchell Kentucky personal injury attorney knows that reaching a resolution with the other person’s insurance carrier is only half the battle, and takes pride in maximizing his or her client’s recovery.

[1] Determinants of Total Compensation for Auto Bodily Injury Liability Under No Fault; Investigation, Negotiation and the Suspicion of Fraud, published in Insurance and Risk Management, volume 71, January 2004, at pages 633 through 662.