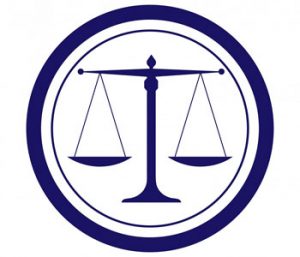 Lawrence & Associates tried the first civil trial in Boone County court this year and walked away with a complete victory. The case, Webster v. Whalen, involved a motor vehicle accident with injuries and associated workers’ compensation claims. Appeal time is running for the other party, and we don’t know yet whether an appeal is pending.
In this trial, liability was admitted for a fender bender. The person claiming injuries filed for, and received, Workers’ Compensation benefits for a back injury. The Workers’ Compensation employer then filed a claim for subrogation benefits against the driver that rear ended the person claiming injuries.

Causation, meaning the link between the bad driving and the injuries, looked very bad. It was clear that the injured person had worked heavy manual labor for years before the accident, with associated complaints of back pain. Then the employer made him go back to the same heavy duty job, with mandatory overtime, for four months following the accident. Only after all that did the person seek further medical treatment for his back.

Lawrence & Associates represented the man sued by the employer, although we usually represent injured people. We felt that the man being sued did not cause the injuries, and had been sued frivolously. At the end of the trial, the jury agreed with us and returned a verdict against the employer. The injured man still receives his workers’ compensation benefits – after all, it appeared that his years of heavy duty work were the most likely cause for his bad back – but the employer does not get that money back from someone who is not responsible for the injury.

At Lawrence & Associates, we fight to win, and our clients are better off for it. We represent Kentucky and Ohio clients in all forms of automobile collision litigation. We’re Working Hard for the Working Class, and we’d be proud to represent you. Call today!