Lawrence & Associates Accident and Injury Lawyers, LLC’ attorneys have tried many “low impact” car accident claims in Northern Kentucky. Low impact’s definition differs based on who you talk to, but it is often considered to be a car accident where the cars were traveling less than ten (or less than five) miles per hour at the time of impact. Insurance companies will generally refuse to believe that a low impact car accident can hurt anyone, regardless of the medical evidence to the contrary. In this post, we’ll talk a little bit about how low impact accidents can hurt you. 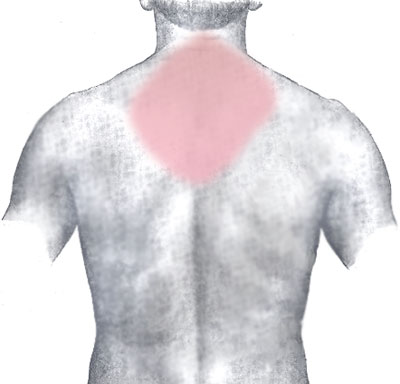 Serious accidents usually cause serious injuries, while minor accidents usually cause minor injuries or no injury at all. However, we know that is not always true. We have all heard about major car accidents where the vehicle was totaled but the driver walked away without a scratch. By the same token, sometimes a car or truck accident with very little visible damage to the vehicles will still result in significant injuries to the drivers or passengers. Based on our car accident experience at Lawrence & Associates Accident and Injury Lawyers, LLC, there are several reasons this might occur.

First, not all injuries are caused by direct impacts. While most people think of car accident injuries in terms of blunt force trauma – for example, hitting your forehead on the windshield – many injuries are also caused by centrifugal force. For example, if one vehicle strikes a second vehicle in the rear quarter panel on a wet road, this will cause the second vehicle to whipsaw violently to the side, with the left, front tire becoming a relative pivot to the movement of the remainder of the vehicle. The centrifugal force created by this movement applies to all objects in the car, including the driver and passengers. The bodies of the people in the car are strapped in, and will rotate at about the same speed as the vehicle. However, the heads are not strapped, and will rotate slightly behind the vehicle. This disconnect between the movement of the body and head causes whiplash, because the neck’s muscles, tendons, etc. are stretched or torn. Thus, an accident with relatively minor damage to the car might still result in a painful injury to the occupant.

A second reason that minor car accidents result in serious injuries is the movement of internal organs following the accident. Assume, for a moment, a truck accident in which a truck rear ends a much smaller car. The car did not have its brakes on because the light had just turned green, so it rolls forward easily under the impact of the much larger truck. The rear bumper is not heavily damaged. The car then hits the vehicle in front of it, which also did not have the brakes on; again, the damage is slight because both vehicles were moving in the same direction. The truck that started it all was travelling at ten miles per hour and weighed over a ton – where did all the force of its travel go if not to the bumpers of the cars that were struck? Any racing fan knows that either the cars take the force of the impact and get damaged, or the people inside do. That is how Dale Earnhardt Sr. died – his vehicle didn’t take the force of the impact and it was all transferred to him. In a scenario like the one described above, the occupant of the first car that was struck likely jerked forward and then backward in rapid succession. This causes not just the head to move inside the car, but also the brain to move inside the skull. That movement of the brain can cause bleeding and other traumatic brain injuries that are very, very serious. Thus, even a low speed impact can cause a serious brain injury.

There are many other reasons that one person might get hurt in a “low speed impact” car accident. For example, older people are more likely to get hurt. People who are not braced for impact are more likely to be hurt. At Lawrence & Associates Accident and Injury Lawyers, LLC, we have seen all these situations and many more, and we look forward to helping the injured get justice after insurance carriers have denied their claims. If you or a loved one have been hurt in a car accident, please call our Northern Kentucky office and we’ll help you!