Why the Industrial Commission Can Stop your Workers Compensation Settlement Payments

One of the first steps in pursuing litigation is to determine which court has jurisdiction over a claim. Jurisdiction is a court’s power to hear and decide a case. Failing to file a claim with the proper court will either result in the case being dismissed or the judgment will be appealed on the grounds that the original court did not have jurisdiction. The Ohio Supreme Court has clarified which courts have jurisdiction over claims regarding worker’s compensation lump sum payments. 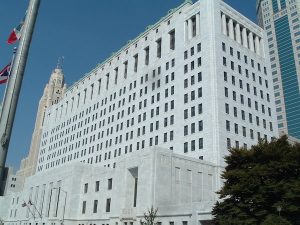 A class action suit was brought against the Industrial Commission of Ohio for stopping weekly payments of workers’ compensation benefits. The individuals in the class action had opted to receive a partial lump sum and then receive discounted weekly distributions for the remainder of their life. However, in taking the partial lump sum the recipients signed a contract that provided, in part, “Lump Sum Payment is granted it will result in a permanent reduction of weekly benefits which shall continue for the life of the claim.” The members of the class action in this suit were only individuals who had taken a partial lump sum, but each member could have selected to receive a full lump sum payment and no weekly distributions at the time of selection.

In contrast, the members of the class action argued that they were entitled to receive a reduced weekly disability payment for the remainder of their life. Therefore, the Industrial Commission of Ohio was statutorily required to continue to make payments for the remainder of their life even if the amount they would receive would exceed the amount originally offered in a lump sum.

Why the Court Decided the Industrial Commission Could Stop Payments

The court reasoned that the class action members were suing under the contract they had signed with the state. A contract is “sound in law” because it is legally binding. Therefore, the members of the class action needed to sue in the Ohio Court of Claims.

The Ohio Supreme Court differentiated between two prior cases. First, Cristino v. Ohio Bur. of Workers’ Comp. involved a class action who sued after receiving a full lump sum payment. The court held that the claim needed to be filed in the Ohio Court of Claims because the contract needed to be analyzed to determine if the state entered into a contract that the state was statutorily prohibited from entering.

The Ohio Supreme Court differentiated Cristino from Santos v. Ohio Bur. of Workers’ Comp. where Santos sued the state for money the state claimed in subrogation. Santos was not controlling in the present case because Santos sued to recover money already paid through subrogation, which, unlike a contract subrogation is not “sound in law.”

Speaking in general terms, the Ohio Supreme Court noted that if a contract was signed regarding workers’ compensation or disability benefits, then the contract always needed to be analyzed by the court to determine if the state entered into a contract that was outside of the state’s authority. In cases involving partial or full lump-sum disability payments, the parties are disputing the “consequences of the contract.” As a result, the contract must be analyzed, which means the Ohio Court of Claims has exclusive jurisdiction.

Why This Matters for Your Case

Filing a claim in a court that has jurisdiction is an important early step in the litigation process. Filing in a court that lacks jurisdiction can waste time and money. The Ohio Supreme Court has clarified that the Ohio Court of Claims has exclusive jurisdiction over workers’ compensation cases where individuals selected to receive a partial or complete lump sum payment.

Beyond workers’ compensation disputes, the Ohio Supreme Court’s decision has clarified that when a contract was signed between the state and individuals the dispute must be litigated in the Court of Common Pleas. When a contract is present, individuals or classes of individuals will be suing the state because the terms of the contract were violated. As a result, the dispute will regard the terms of the contract; therefore, the dispute will be “sound in law” and under the exclusive jurisdiction of the Ohio Court of Claims.

Do you have an Ohio Workers Compensation claim and want full compensation in your settlement? Our attorneys offer free consultations! We’re Working Hard for the Working Class, and we want to help you!